Application of FLEDGE at Neuman Aluminium: An Industrial Use Case

The Neuman Aluminium Group is your global partner for high-quality aluminium solutions with 10 locations, over 3000 employees, over 200 years of experience. Multiple production facilities in Europe are controlled by a centralized MES (Manufacturing Execution System). The MES submits a production order to a facility. The machine processes the order and notifies the MES of the current production status. The MES sends data to a subsequent machine. Once the connection to the MES is lost, production will Continue as long as no new Input is required. The centralized nature of the system creates a critical dependency on the network connection!

During fermentation of juice to wine, the conversion of sugar to alcohol produces CO2 – about 64 liters of pure CO2 per 1 liter of juice. If not properly managed, the buildup of CO2 from fermentation actives can create a hazardous work environment. The OSHA permissible exposure limit of CO2 is 5000 ppm for 8 hours. Typically, CO2 in wineries is measured by a single or a few hard-wired sensors, however, the inherent variability of CO2 across a floor plan can be better monitored by a distributed network of sensors. Additionally, the use of batteries enables sensors to be easily installed anywhere in the winery. Temperature and humidity should also be measured, as these parameters give insight into the growth of unwanted microbials in the facility, the operation of the building HVAC and the evaporation of wine from barrels.

Originally developed by Dianomic Systems, Fledge joined LF Edge, an umbrella organization that aims to establish an open, interoperable framework for edge computing independent of hardware, silicon, cloud, or operating system. Fledge is an open-source Industrial IoT framework to collect sensor/machine data, transform, buffer and analyze the data on the edge, run edge ML models and reliably integrate the data with operational systems, OEE, MES, ERP, historians and the cloud. In a matter of weeks, UC Davis successfully built their custom sensor to cloud software IIoT solution using Fledge. A Custom printed circuit board (PCB) was designed and manufactured with the optimal components, form factor and price. A microcontroller with an integrated transceiver (CC1352r; TI) was used to create a Zigbee® mesh network. A low-power architecture was implemented to completely disconnect the microcontroller and sensors from the battery between measurements. A PCB antenna was designed to lower bill of material costs. A non-dispersive IR sensor measured CO2 while temperature and humidity were measured with a combined sensor from TI (HDC1080; TI).

Gradient Racing is a professional auto racing team based in Austin, Texas.  One of Honda’s customers for NSX GT3 Evo, Gradient is committed to using cutting edge technology to gain an edge in GT racing.

Modern race cars have thousands of adjustable parameters in their suspension, aerodynamics, transmission and other systems.  Finding the perfect configuration of these parameters for a given driver, track and race strategy is key to winning races. In GT racing, this has been more art than science, with drivers making multiple test runs and working with the race team to adjust the car based on feel.

Like Formula One and Nascar, Gradient wanted to bring state-of-the-art simulation technology to bear on this problem, believing that it would allow them to configure the car far more precisely. To do this, they engaged Motorsports.ai, a leader in racing modeling.

Motorsports.ai’s goal was to create a full simulation environment of the race: a simulated driver, a simulated car and a digital twin of the track.  While car simulation software was commercially available, Motorsports.ai decided to use machine learning technology to develop an AI driver that would react to conditions in the same way as Gradient’s human driver.

Motorsports.ai deployed the Linux Foundation’s Fledge for three functions.  First, to collect the massive amount of data required to train the machine learning system. Second, to validate the race simulations of car, driver and track.  Last, to help validate the digital twin of each race track.  Originally developed by Dianomic Systems, Fledge joined LF Edge, an umbrella organization that aims to establish an open, interoperable framework for edge computing independent of hardware, silicon, cloud, or operating system, last year. Fledge is an open-source Industrial IoT framework to collect sensor data, enhance it with meta information, run ML models on the edge and reliably transport data  to central or cloud-based processing systems. In a matter of weeks, Motorsports.ai developed the plugins needed to interface Fledge with the race car’s CAN Bus and Eclipse Cyclone DDS interfaces to over 2000 in-car sensors.

Gradient used the Motorsports.ai simulation to optimize suspension and alignment settings for every race in 2019.  The simulation enabled far more rigorous tuning than their previous manual method.  Instead of building a configuration based on a few laps and driver “feel”, they were able to run tens of thousands of simulations using precise measurement.  They were able to investigate conditions that had not yet been experienced on the actual track and ensure that they could compete effectively in them. 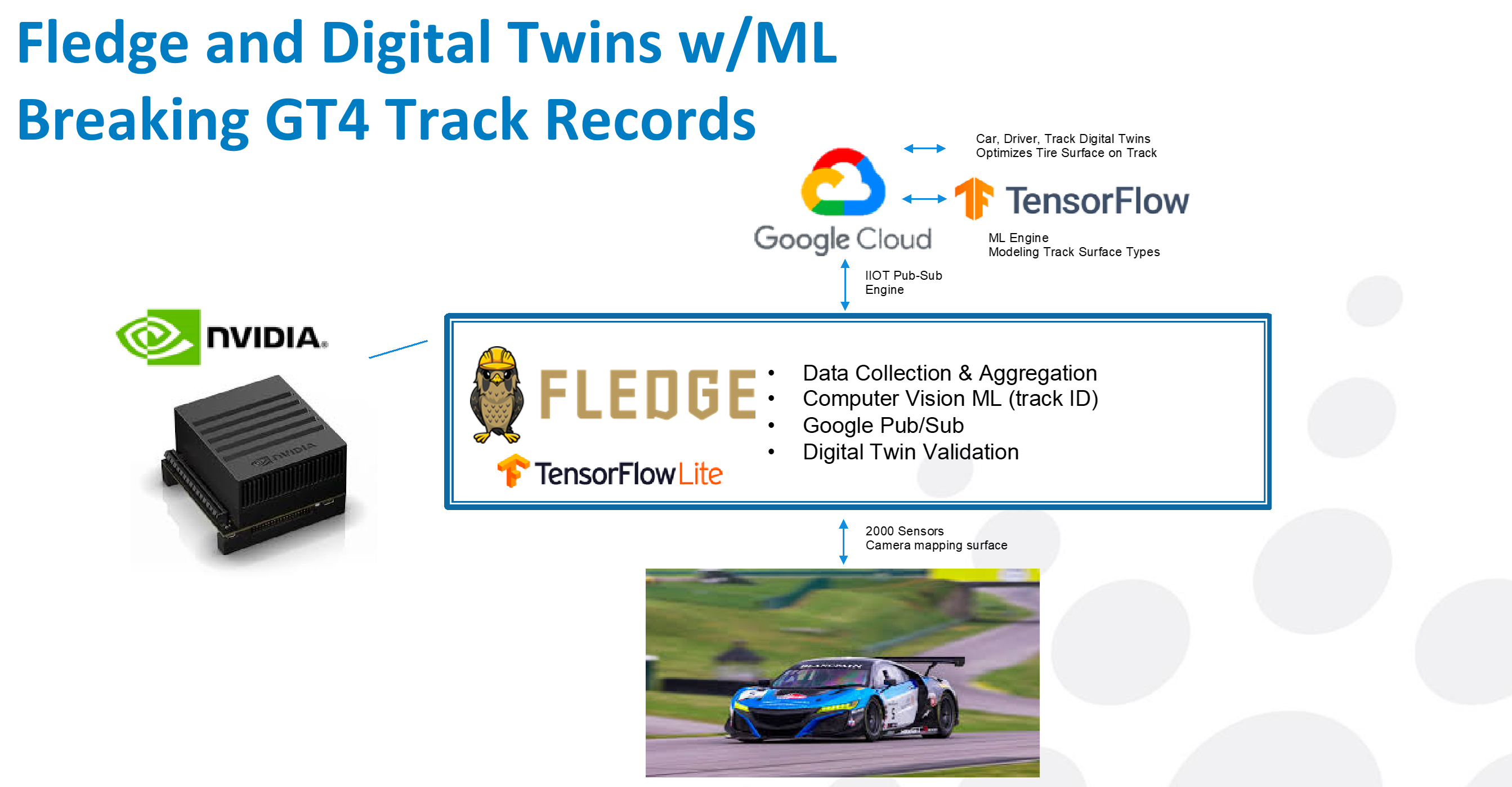 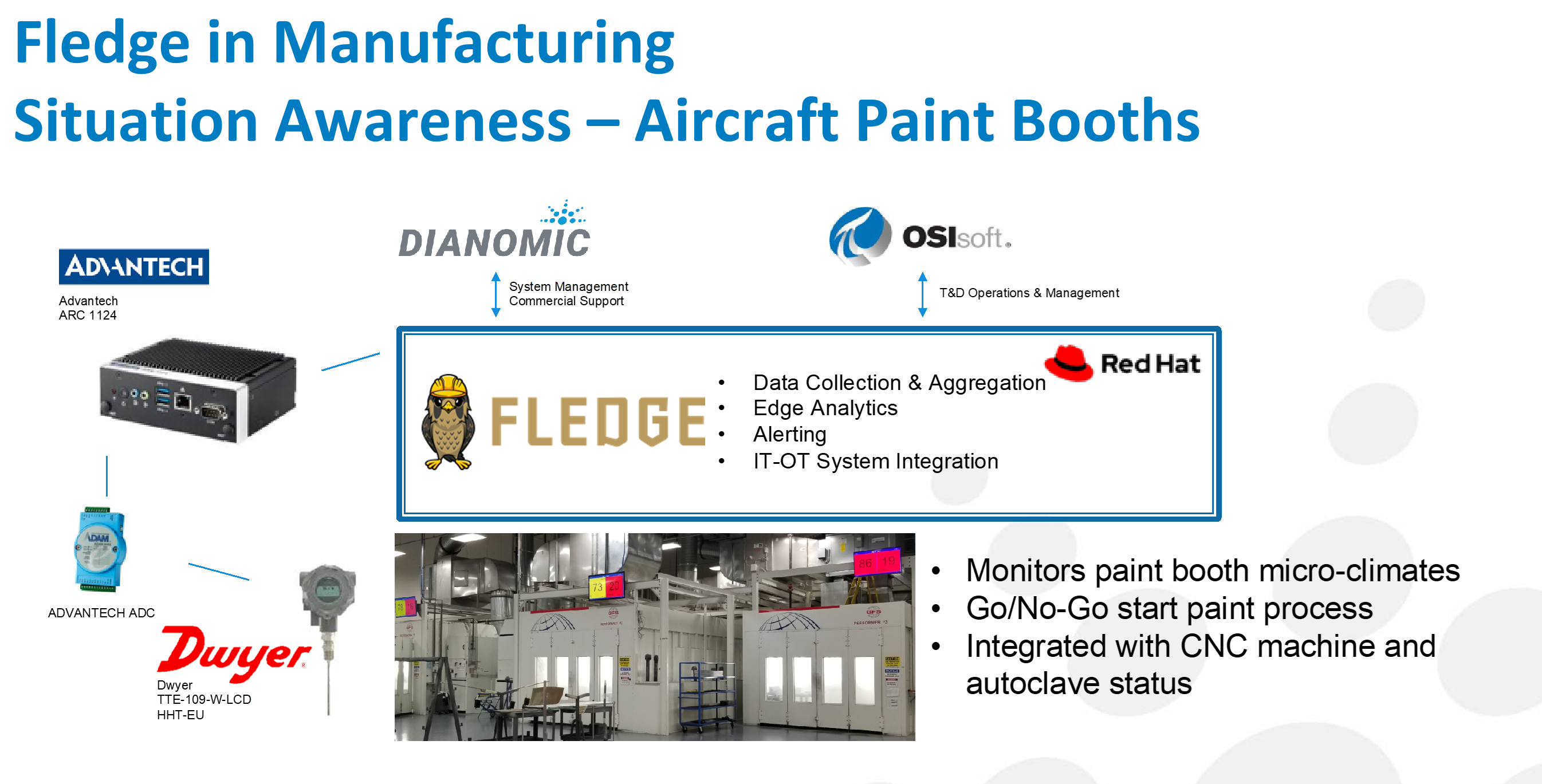 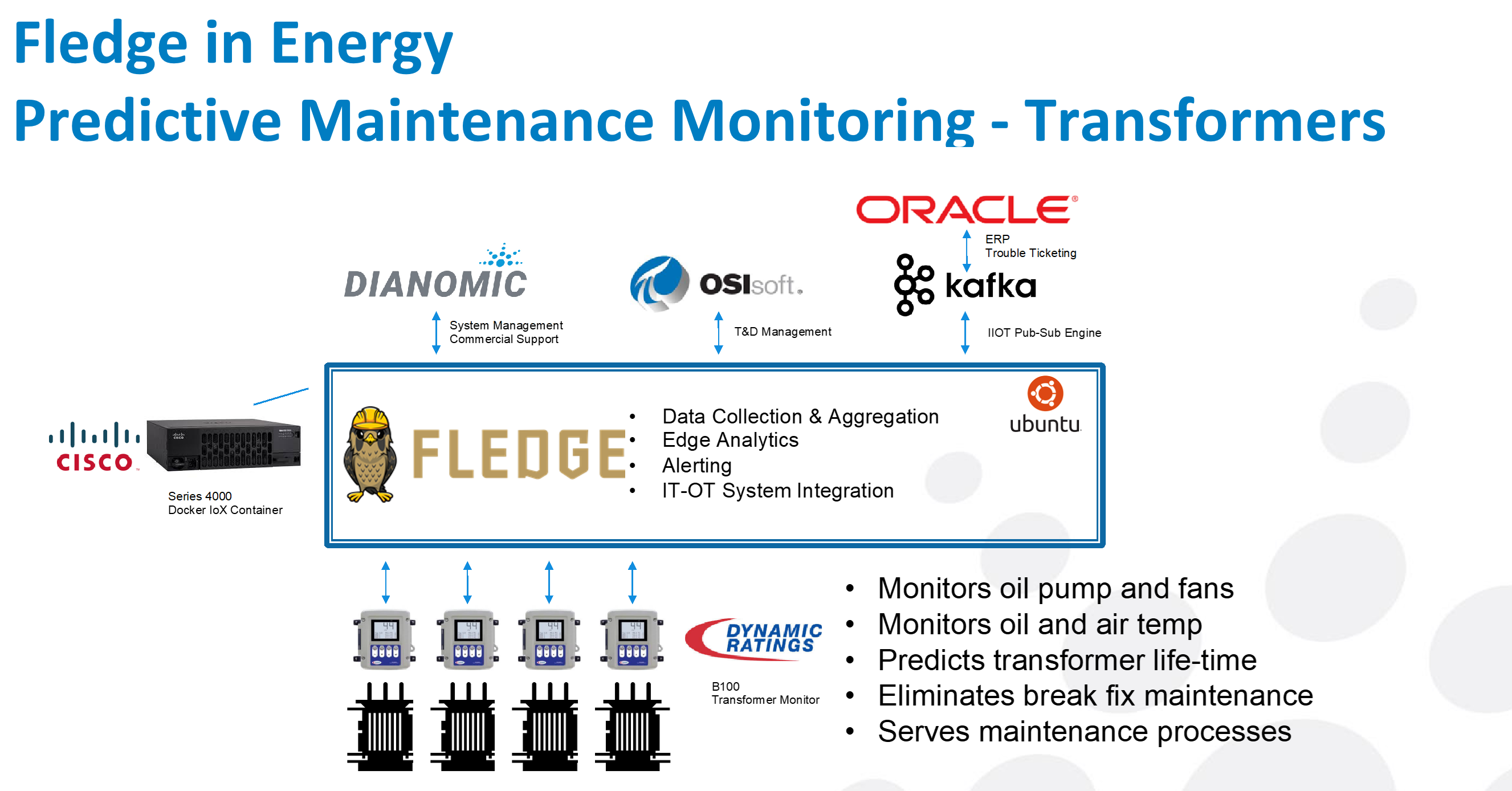