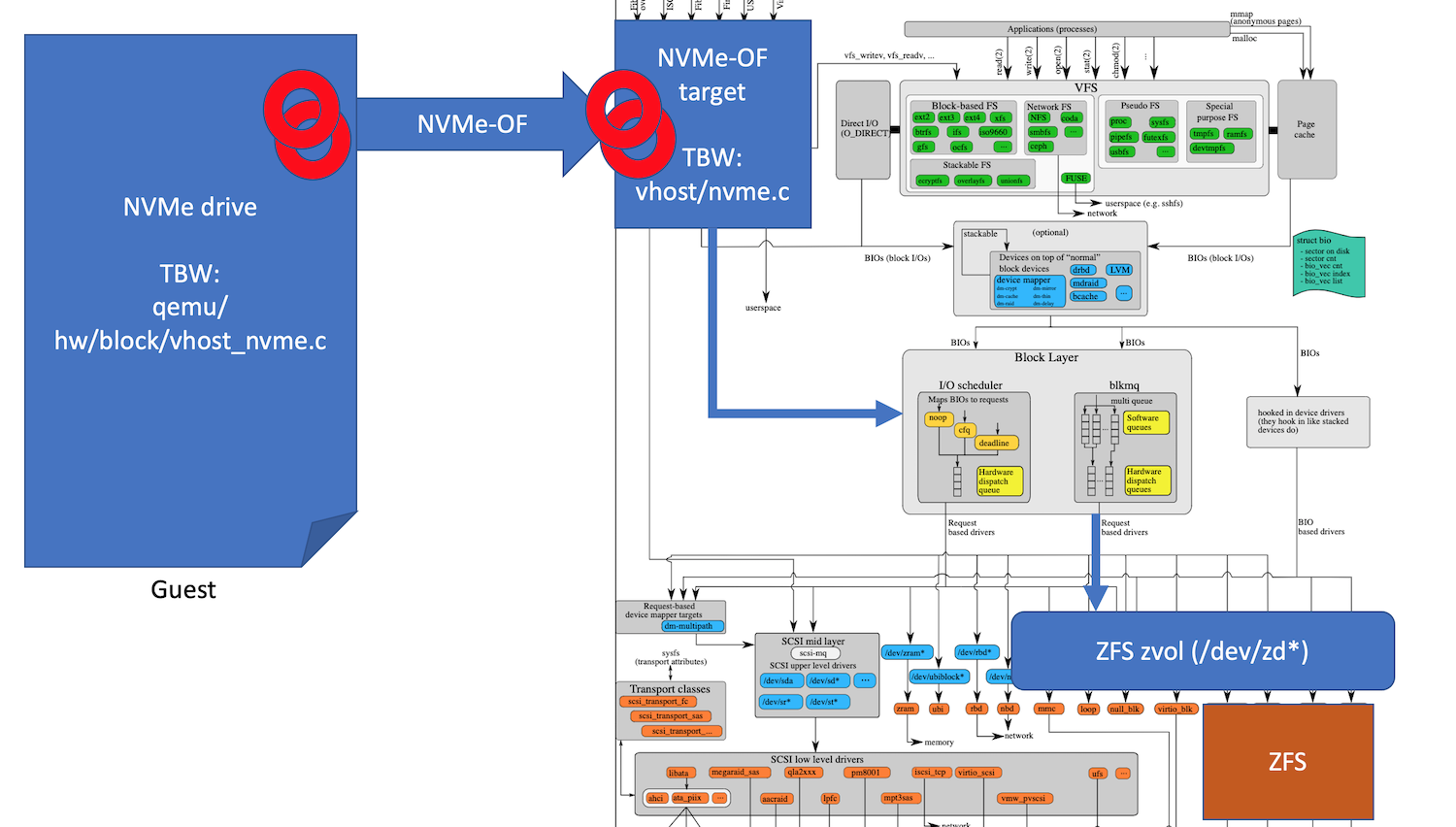 It was suggested by one of our community members that "would be great to avoid any bio repacking on host userspace side and make it possible to fetch nvmeof requests directly on the host kernel side (since guest and host share the same memory, that can be doable). Yes, that means you write your own driver for the host as well, but still you do that for the guest, so should not be a big problem"