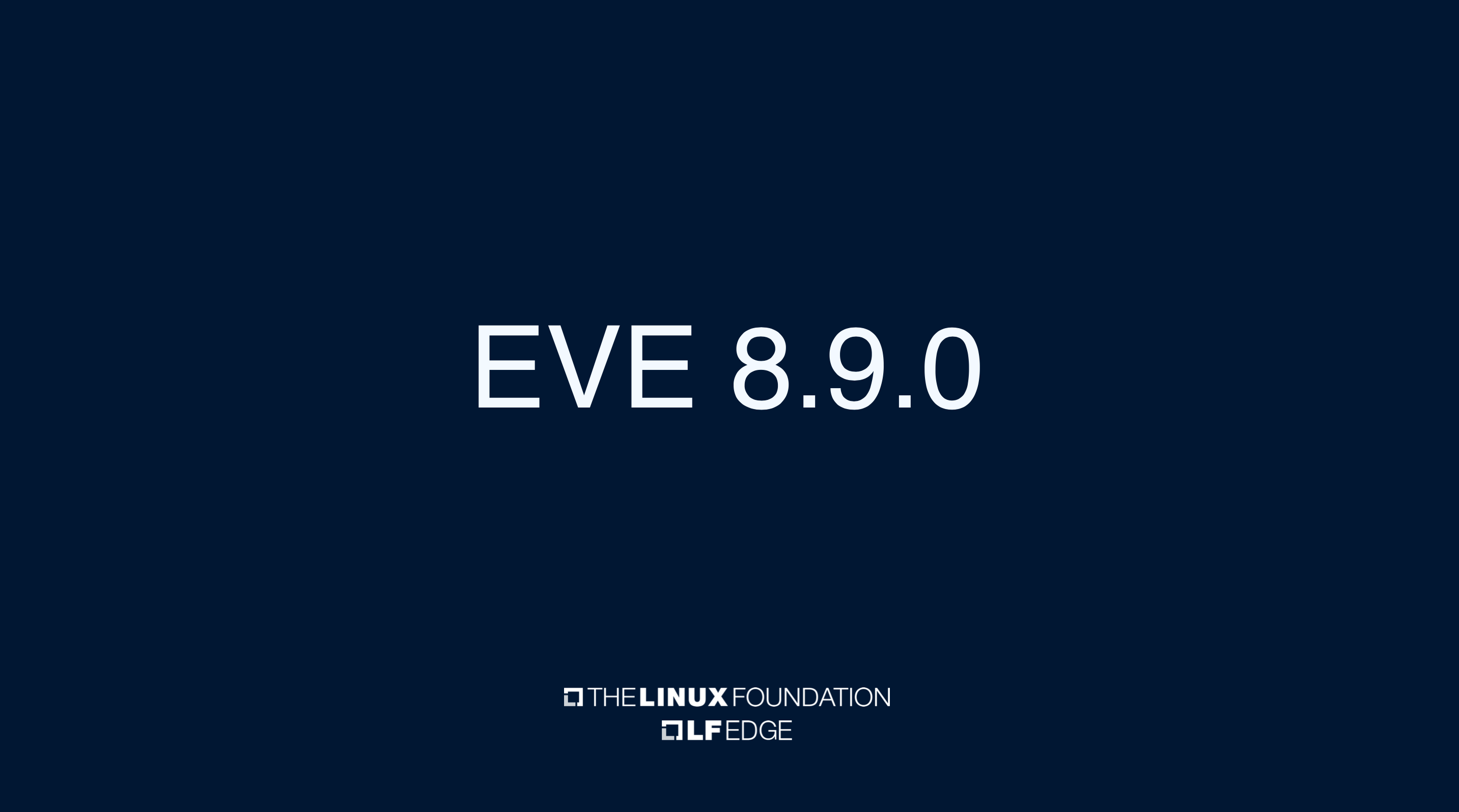 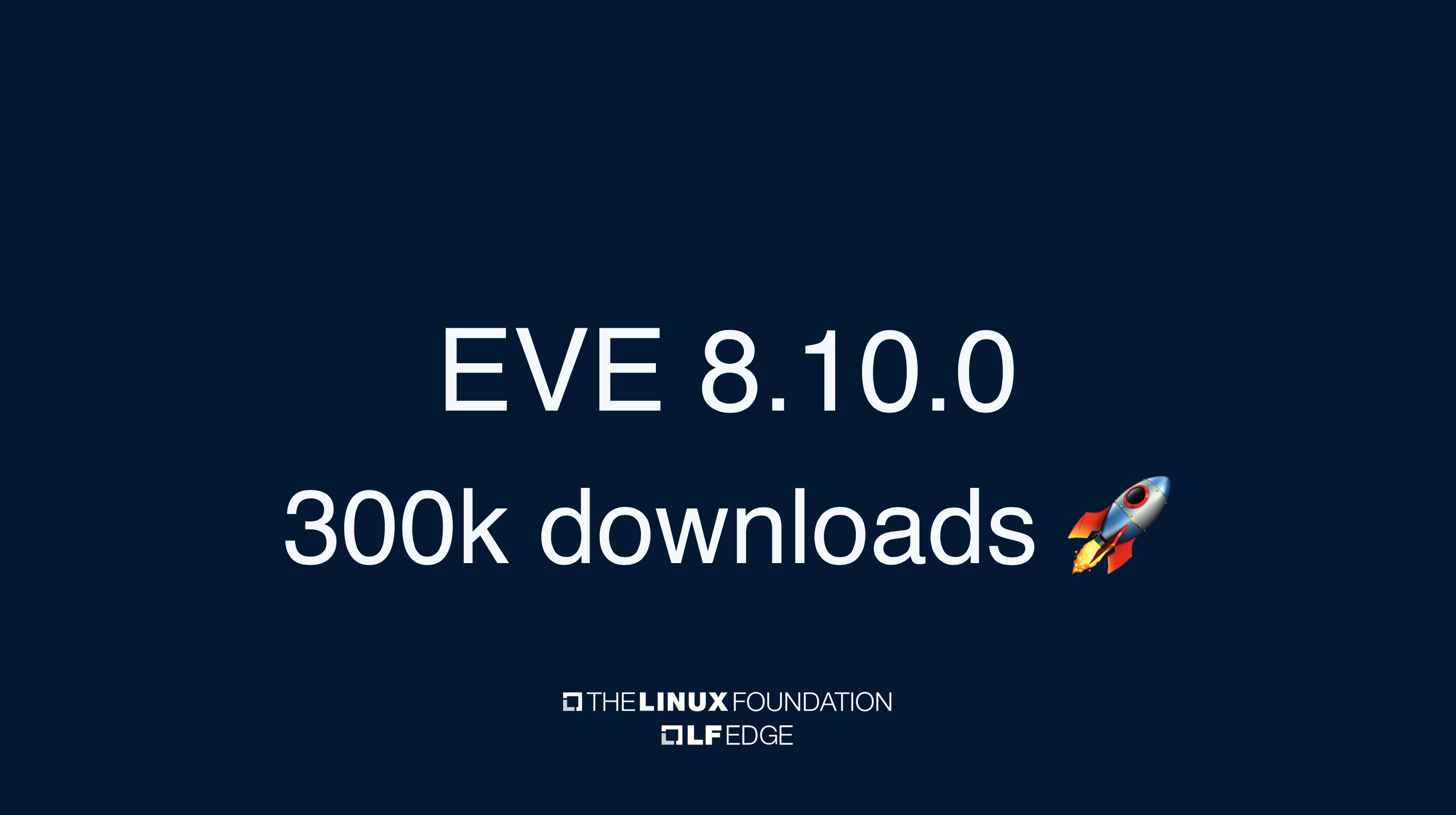 EVE is Edge Virtualization Engine
EVE aims to develop an open, agnostic, and standardized architecture unifying the approach to developing and orchestrating cloud-native applications across the enterprise on-premises edge. It offers users new levels of control through hardware-assisted virtualization of on-prem edge devices.

Without explicitly asking for IPv4 (which we only support for wwan), for some LTE networks the connect request may fail with:

The network returns this error to indicate that only PDN type IPv4 is allowed for the requested PDN connectivity (which we want but need to be explicit about it).

💿Support for ISO format
This PR adds support for ISO format to support attach of iso images to VM to boot from or to install required data from iso. Also, PR contains small refactoring of volumemgr which makes zvol usage configurable for zfs persist type.

🔏Add new signing service athttp://169.254.169.254/eve/v1/tpm/signer
Applications might want to get some application-specific data signed by EVE-OS so that they can verify it was indeed generated by an app instance running on a particular device.

✉️Bootstrap config protobuf message + config timestamp
Also some high-level documentation is included. However, later there will be a separate markdown document with a detailed description of the newly proposed bootstrapping mechanism (once we figure out all the details).

🎱Enable draid feature for persist pool
We had a bug with mismatch of libzfs and zfs module versions. Let's set draid feature enabled as we started with zfs 2.1.x which supports this feature. With disabled we will see errors from zpool status.

🎛Build zfs libs and binaries in dom0-ztools
We should use the same version of libzfs as we use in the kernel module. Let's add a build of binaries for zfs into dom0-ztools.

🗂Pillar with zfs files from dom0-ztools
We use zpool and zfs in pillar. Let's use binaries we built inside dom0-ztools.

🎉Update functions in the ZFS package that use base.Exec() to get information

This commit changes the functions in the ZFS package where we used base.Exec() to get information.
After this commit, data will be collected through the go-libzfs.

🛠Fix PCIe BAR allocation on HPE m750
By default, Linux reassigns BAR addresses if there are devices with 64-bit addresses. However, on m750 it fails to assign BAR registers in some HW configurations e.g. P1000 NVIDIA GPU is installed into slot 1. We just force using UEFI assignments in this case. We set it only for m750 to be on a safe side.

🛠use explicit specific version of strongswan in Dockerfile and local file
pkg/strongswan: explicitly specify a version rather than just downloading link to latest. Note that we checked which version we currently are using via the md5 hash and used the same one. This PR does not change the version used, only explicitly references it.

🛠Fix dom0-ztools version
Seems version of dom0-ztools changed before the merge of #2746 PR.

🛠Fix live gcp target
We have a problem with live-gcp target because of the wrong directory to find disks.

🛠Some Edgeview enhancements and fixes