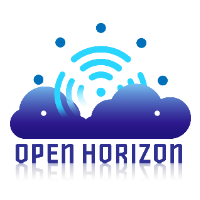 Both Docker Compose and Open Horizon are tools for managing the deployment lifecycle of containerized applications, but there are significant differences.  This article will attempt to explain service software lifecycle management, and then compare and contrast the approaches used by these two tools.  This article assumes familiarity with containerized software, Dockerfiles, Docker Compose files, and Open Horizon components.

For the purposes of this article, we will decompose the concept of service deployment into the following lifecycle: Publishing, Execution, Operation (Updating, Monitoring, Restarting), and Removal.  Publishing is about specifying a container image (e.g. DockerHub, quay.io, IBM Cloud Container Registry), pulling the image, and storing it at the deployment location.  Execution covers optionally deploying secrets and any other configuration and then starting the service within a container engine.  Operation involves inspecting details about a running image, updating the image when new versions become available, and restarting an image if the host restarts or the image terminates unexpectedly.  Removal includes stopping a running image and optionally removing any resources it may be using from the deployment location.

Docker Compose and Open Horizon may then be compared using the above lifecycle stages in a table:

Docker Compose is designed for Linux Hosts and requires the Docker engine runtime.  It is not compatible with other container runtimes.  It can operate on macOS and Windows hosts using Docker Desktop.  It cannot be used to deploy containers to a Kubernetes cluster.

Open Horizon is designed for both Kubernetes clusters and Linux hosts, and is compatible with both Docker and podman runtimes.  It can deploy to Linux and macOS hosts using the Device Agent and to Kubernetes clusters using the Cluster Agent.  It can both deploy container images to, and bi-directionally synchronize machine learning assets with, the destination device or cluster.

Dependency management at load-time versus at run-time

Service Definition and Deployment Policies vs Node (Deployment) Pattern: Use the former when you have one or more top-level services that have independent lifecycles.  This is the recommended approach.  Use the latter only when you have a single application composed of multiple top-level services that have interdependent lifecycles.

Docker Compose combines the Publishing and Execution phases of the service software lifecycle, collectively described as load-time.  It has no awareness of which services are top-level services because it doesn't describe the dependency relationship between services.  It does explicitly determine the sequence in which services should be started based on the order in which they appear in the Docker Compose file.  This means that two top-level services could be started before the first top-level service's dependencies if that is the sequence in which they are described in the file.

Open Horizon allows a developer to describe a top-level service and its dependencies in a standalone Service Definition file.  A deployer uses policy (or a pattern) to instruct which services should be running on a deployment host. It is not necessary to explicitly publish dependent services, since Open Horizon will do this autonomously. Top level services are started last, after all of their dependencies are started.

A small group of companies (HP, IBM, Ingadi Flower Farm, Seeed, SoftServe Inc.) came together late in 2020 to demonstrate how edge computing solutions could improve agriculture.  One of the published core beliefs of the group is "with sufficient sensors and data, you should be able to apply the optimum resources to grow crops to their maximum yield".  This Special Interest Group (SIG) is hosted by the Open Horizon open-source software project that lives within LF Edge, part of the Linux Foundation.  All meetings are open to the public, and meeting recordings and presentation materials are published on the SIG's wiki page.

The initial effort of the group will be to grow a variety of hot-weather crops in two hoop houses on a plot at the Ingadi Flower Farm in Chelsea, Alabama.  Hoop houses are a row of curved support hoops covered with heavy plastic that can extend the growing season of crops in a location by weeks or months.  As an experiment, the same crops will be grown in the same layout in adjacent 10' x 20' hoop houses.  Both houses will contain identical sensors to collect soil and air data at one-minute intervals, and will be configured to send alerts when the soil moisture exceeds pre-configured thresholds.  One will be watered based on the farmer's best judgement, and the other will be watered based on the collected data.  When the crops are harvested, the yields will be compared to see which technique or approach was superior.

We intend to publish a Bill of Materials (BOM) for the hardware used, software developed, and data collected so that anyone can replicate the results should they wish to do so.  Additionally, the data can be analyzed to see what additional learnings can be derived as well as what changes should be made to data collection for future growing plans.  We also plan to publish detailed blog posts at the IBM Developer Blog for Open Horizon that will give step-by-step instructions on how to set up your own Smart Agriculture solution based on what we learn.

Please watch this space weekly for updates.  And post any comments and questions below.

This blog post is written for software developers who understand basic concepts about containerized applications (hereinafter referred to as containers), and are new to using Open Horizon to deliver edge computing services.

On a host machine, some tasks can only be performed by an account with root access. This means that the account you are currently logged in as is either the root account itself (generally not a good idea), or your account has acquired root-level privileges through `sudo`. Likewise, containers generally do not need privileged mode on the host: to be run as the root user or to have root-level access on the host computer.

In Open Horizon and all commercial distributions based on it, you have the ability to specify that a service should be deployed with privileged process execution enabled. By default, it is disabled. You must explicitly enable it in the respective Service Definition file for each container that needs to run in this mode. And further, any node on which you want to deploy that service must also explicitly allow privileged mode containers.

A major security principle the Open Horizon project follows is: "All parties are untrusted by default." As a result, Node Policies and Service Definitions do not allow privileged process execution by default. You must explicitly enable it in both the node and the service if you want to deploy and run a service that requires it.

With all of the potential drawbacks, what situations require a container to run as privileged?

When should you not use it?

If you need to access a file on the host with elevated permissions, try mounting the file into the container and ensuring that the container is running as a user that belongs to the same group as the file owner, with group read privileges enabled. Do not run the container as privileged just to read from or write to a file.

Can you show me an example?

The `audio2text` example service requires access to the microphone to record audio, and thus needs privileged access to the host hardware. View the Service Definition's deployment section to see how it is enabled.